The @memehive "Batman Slapping Robin" meme contest has ended and the prizes have been sent out. The "Batman slapping Robin" meme template is one of my personal favorites and I enjoyed all of the great submissions. However, only three prizes were available to be awarded.

If you entered and your meme wasn't one of the three chosen I hope you will participate in the next @memehive contest that will be announced soon and try again. 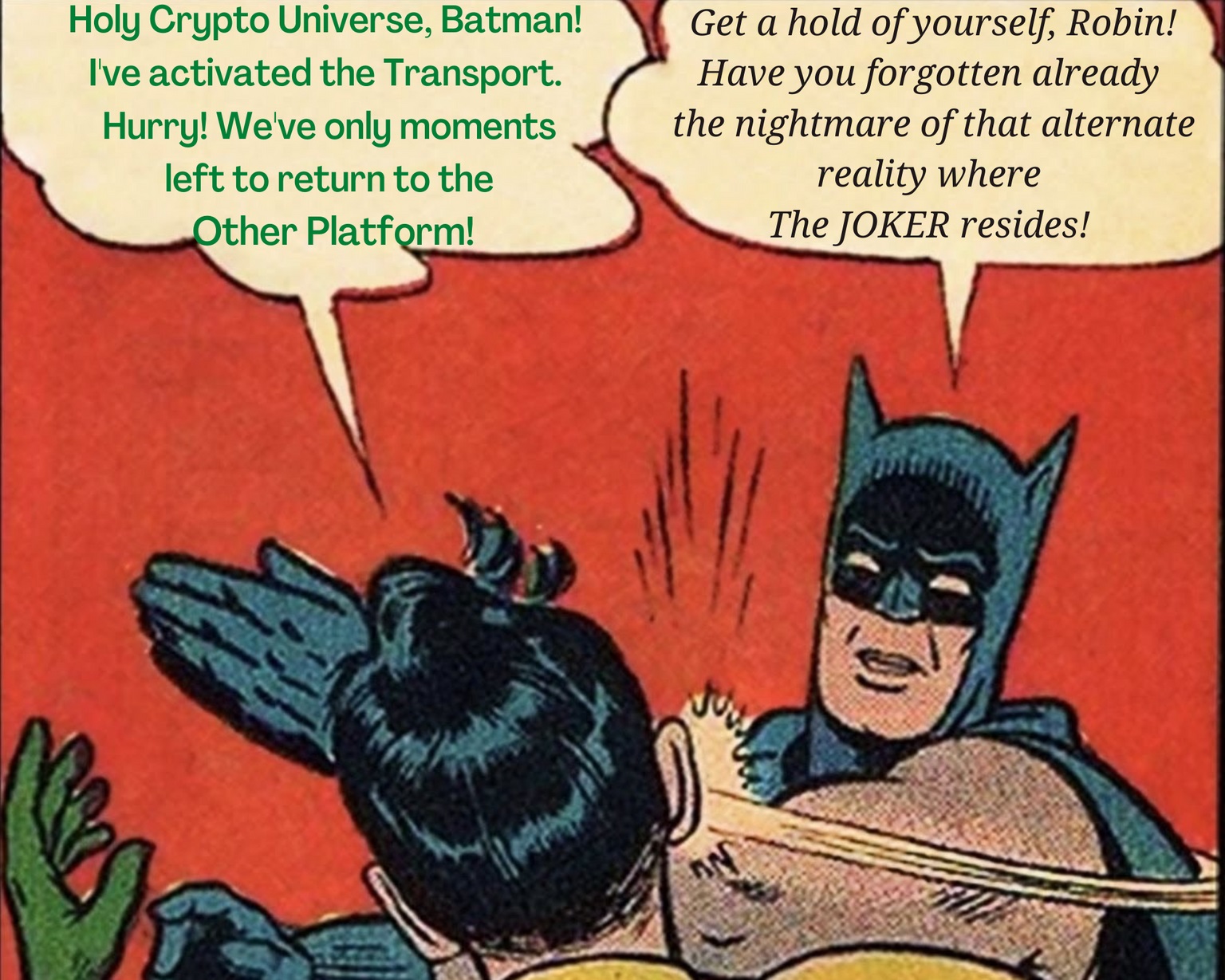 I feel this 1st Prize meme post best represents the good practices of using a meme in a long format post on the Hive platform. The meme shows creativity and originality in its humor. It looks suitable for what it parodies. The post was written in a way that a reasonable person reading the post would understand the purpose of the meme's inclusion in the post. 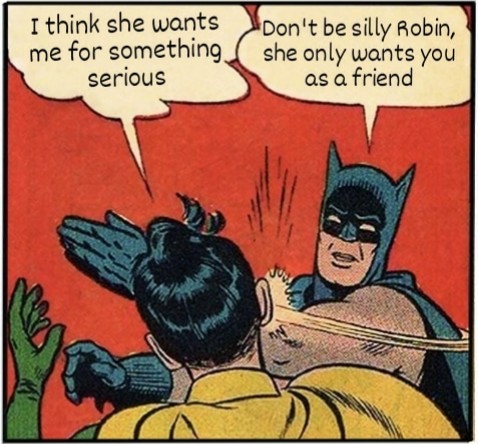 Didn't get any threatening letters from the DC Comics' ambulance chasers (yet) due to @rachelcreative using the "satire" word in the entry post. Probably because of the #parody tag. See that tag? Tap, tap! P-A-R-O-D-Y. The fair use doctrine under U.S. copyright law allows parody.

The humor of the meme is very relatable. We've all probably been either in the role of clueless Robin or Batman trying to slap some sense into our friend's misunderstanding. 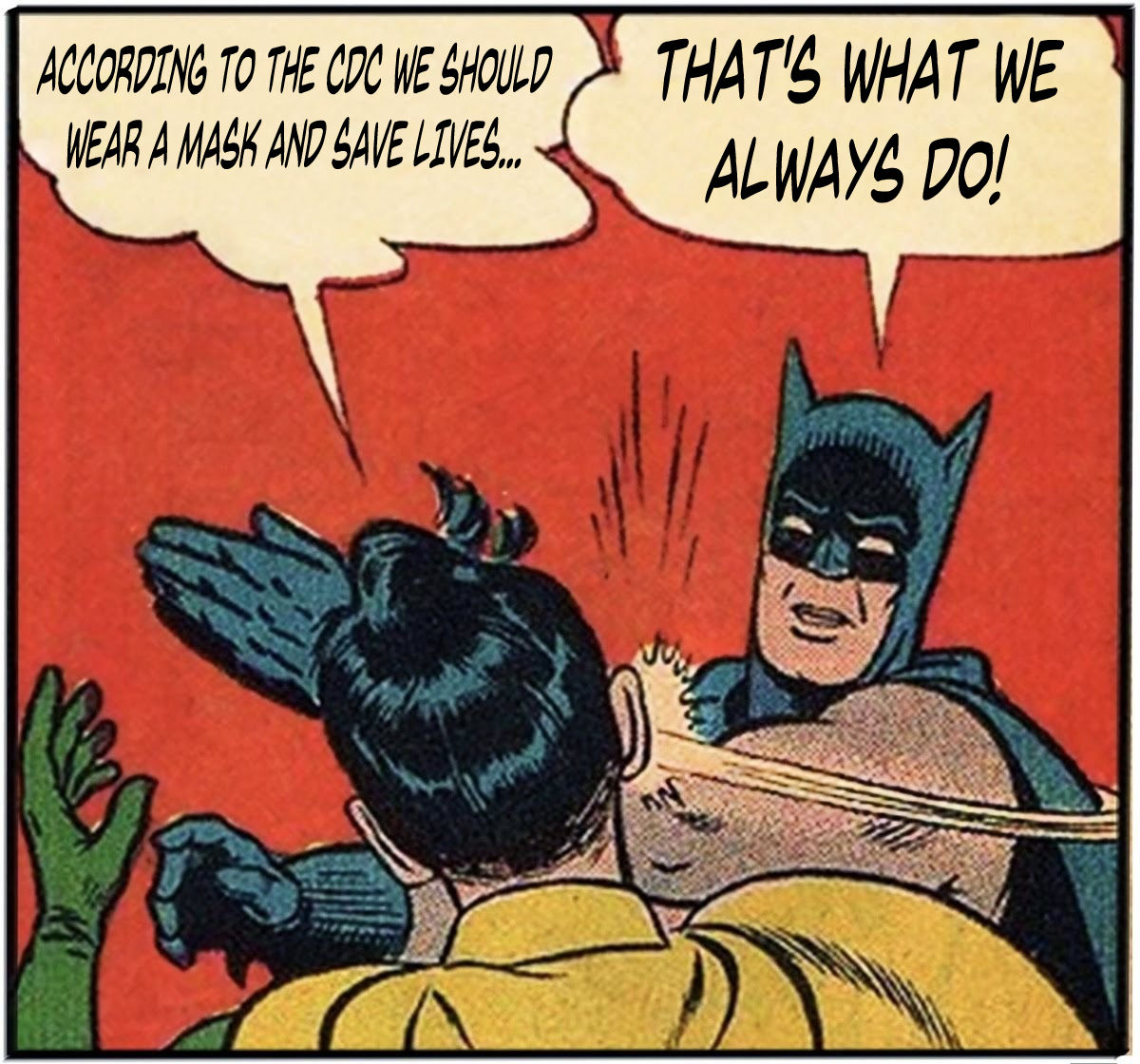 Kept it sweet and simple with this meme post. It seems like there are still individuals who believe that just holding a mask in their hand is good enough and catching a virus is like a camera shutter. "What do you mean it has to cover my mouth and nose? Covering my mouth reduces the risk by fifty percent, right?" Sigh!

Thanks to everyone who participated in this contest.
memehive meme parody proofofbrain creativecoin hive comics batman memes
0
0
0.000
9 comments

Congratulations @memehive! You have completed the following achievement on the Hive blockchain and have been rewarded with new badge(s) :

To support your work, I also upvoted your post!

Hello @memehive. Wow, thank you so much for deciding to include my MEME as a one of the finalist, and 1st place. I appreciate the honor. I knew you'd get the references. I thought the JOKER was a fitting title to describe the "can't make up his mind" fool. I appreciate the spotlight for my post. I've always felt that one photo deserves all the quality words I can surround it with.

Also, congratulations to @rachelcreative and @sidekickmatt for your wins. I love both of your MEMEs. True life and disinformation. You both captured the essence of each.

Have a good start to your weekend everyone. Take care, and definitely stay safe.

This was a real fun contest. I especially liked what @sidekickmatt did with this meme. It's simple and has a real slapper of a punchline. I like the font @rachaelcreative used in the meme and the way batman becomes Robin's teacher of relationships. The meme from @justclickindiva awakens us to that unnamed JOKER.

Thanks for letting us know about the parodoy clause in copyright law. I do a lot of parody of our textbooks for school and was scared to put it on youtube but at least I can see I am protected.

The use of parody is more of a defense against claims of copyright infringement set in Section 107 of the United States' Copyright Act. I am not a lawyer but as a creator I've researched the intellectual property laws so I have a general idea of where the boundaries are.

I probably won't write a blog post about parody and fair use since there are so many pages about the fair use doctrine and transformative use already on the internet it's easier just to write a short post and link to some credible pages. You can type "fair use doctrine" and "transformative use" into an internet search engine and research it yourself so you can understand it better. Also research a few of the other affirmitive defnses other than fair use to claims of copyright infringement. If you are doing parody of a textbook something like scènes à faire or the merger doctrine might be useful to understand.

I will look it up. I like to create and it's good to see where the law stands.

congratumalations to all the winners :)

Thanks!! :D... And Congratulatins. Very funy