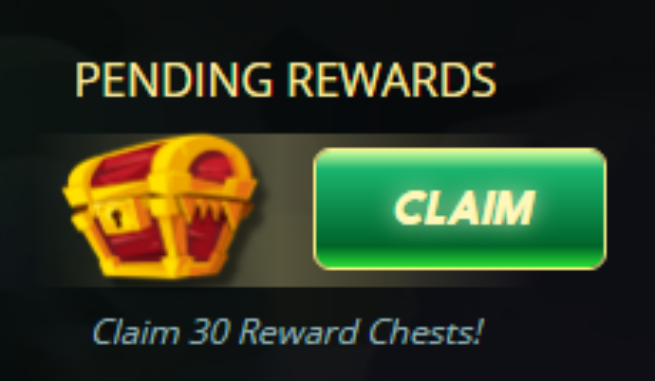 I haven't been giving much attention to my Rank play the last few seasons but I was still able to sneak to Gold I. I usually hit Diamond and a fun little fact about that in which I find interesting is my collection is mainly Beta cards. Beta cards consist of reprints of Alpha cards. Beta also introduced us to a new set of Legendary Summoners plus the neutral cards. Considering BETA was just the second series of cards introduced to the Splinterlands games, I think its amazing their playability and competitiveness is on par with all the new editions. 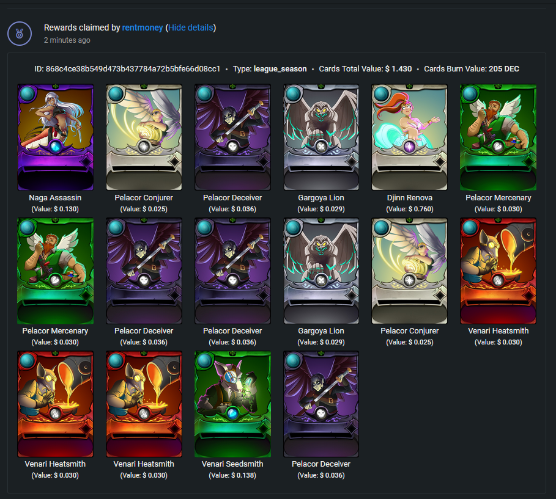 Sixteen of the thirty chest end up being cards which is a nice ratio. I didn't hit any Lengendary cards or Gold Cards but I did flip one Epic (Djinn Renova) and Two Rares. Four chest contained potions (2:2) and the rest contained DEC that ranged from 1-28 DEC. The total USD value of the flipped cards are $1.43 USD. Card prices are dipping and I highly suspect they will continue to do so until Chaos Legion Booster Packs are sold out from the official Splinterlands site. On the plus side, the upcoming days/weeks/months could bring a great opportunity to purchase those hard to get Splinterland cards at discounted prices.

A little over a week ago I announced a giveaway for a Rare plus two Common Splinterland cards. To visit the original giveaway post click the following link: Free Rare + Two Free Common Splinterland Cards. Its now time to announce the winner of that giveaway but first lets go over how a winner was chosen.

How A Winner Was Chosen 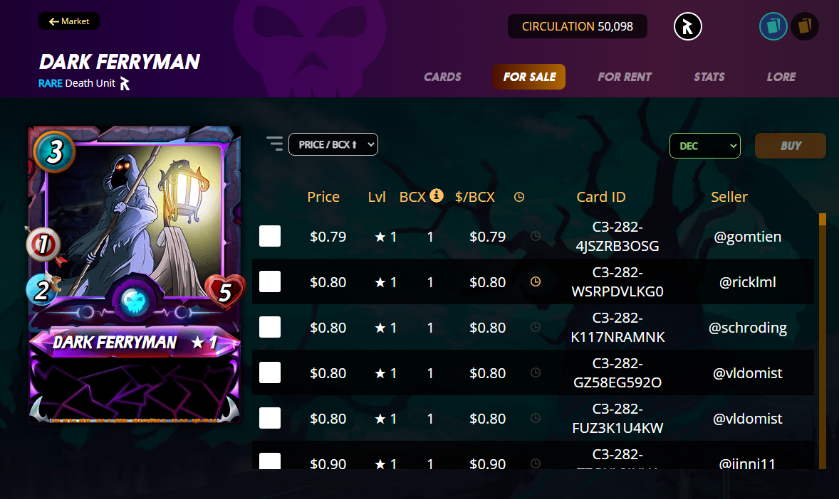 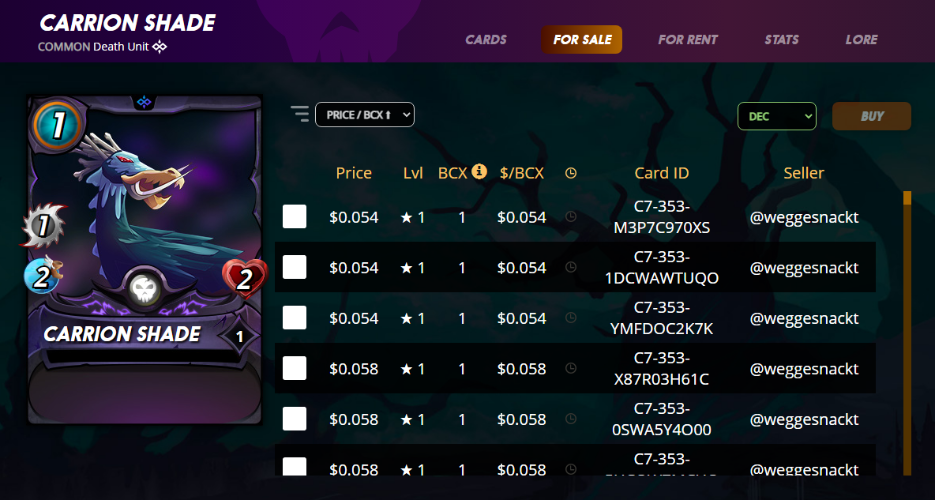 Lore taken from official Splinterlands site. Dawn of the Djinn 2 of 4 - Once the fifth mana gate was unlocked, the Planet knew that Mount Praetorus in the Splinterlands must be protected. The sixth and final mana gate was now all that prevented the dreaded Chaos Legion from conquering the world. The Planet had some tricks up its sleeve and plenty of magic of its own, so it took action. Calling to each of the trapped Belludae souls throughout the world, the Planet extended them an offer of freedom. None of them refused the offer.

The Planet used its delicate but powerful forces to destroy each enchanted vessel that contained the trapped Belludae souls. Then as they were going free, the Planet ensnared each of them into a new type of confinement. They were each trapped by one of the magical elements, unable to change physical forms or leave the territory of their element. With each of the Belludae a deal was struck. They would henceforth be called Djinn, and their service would be complete once the Planet was free of destruction at the hands of the Chaos Legion. 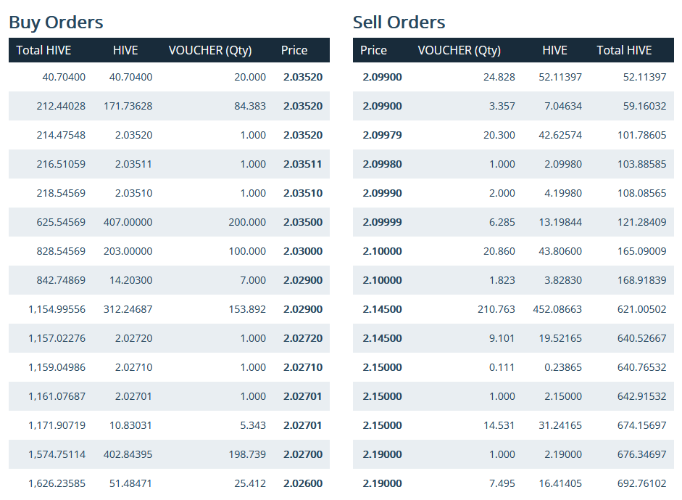 Looks like vouchers are having an uptick in USD value. This is likely due to everyone getting ready for Splinterlands General Sale of Chaos Legion Booster Packs to be in full swing. Personally I suspect Vouchers to take a big dip in value after FOMO for General Sale settles. I routinely make bad financial decisions and in no way would offer financial advice to anyone. Personally I will be taking inventory of my Vouchers and if I have any that won't be needed for my initial purchase of Chaos Legion Packs I will likely toss those extra Vouchers on the market for sale. On the other hand if I don't have enough vouchers I might very well need to purchase some from the market and that is the magic of supply and demand.

To Watch A Splinterlands Battle

Congratulations to the winners of the giveaway. I think the vouchers go up because now they drop at a much lower ratio than before, we'll see what happens.

That is possible but personally I don't think the drop in Voucher rate is enough to cover the 80% swing. Originally Vouchers were needed for purchased packs and bonus packs required none. That means *80% of the supply required vouchers. When General Sale is in full swing the opposite will be true, (max) 20% of the overall supply of CL packs will require vouchers. I like your outcome better.

Congrats to the winners

Fairly good rewards Djinn Renova is a favorite one, I got gold foil of it from quest reward previous.

Good luck with next season!

Thanks, good luck to you as well.

Hey @joetunex, here is a little bit of BEER from @rentmoney for you. Enjoy it!

Did you know that you can use BEER at dCity game to **buy dCity NFT cards** to rule the world.

I appreciate the beer!

Yes, once General Sale is in full swing Vouchers will only be required for bonus packs (if we want them). As for the Voucher price, I have no clue were the USD value will land. Some think the Voucher Price USD value will rise, I think we are in for a decent size dip.

I was a little surprised that vouchers are going up. I expected anyone who wanted them to have already purchased what they needed. Looks like I'm not the only procrastinator around here.

I thought the same. I had 200 Vouchers I been hoarding from when the price was near $2 but I sold them at $2.50 thinking that was the peak but here we are nearing $3.00 USD. Splinterlands=Procrastinateland :)

Based on these numbers from splintercards,

So out of the 3.18m vouchers distributed, only 1.25m are circulating still, vouchers will also likely be consumed from the white glove sale, we are about to experience a surprise shortage of vouchers in my opinion.

lolztoken.com
Want to hear a dirty joke?
Two white horses jumped in the mud.
Credit: dksart
@rentmoney, I sent you an $LOLZ on behalf of @forsakensushi
Use the !LOL or !LOLZ command to share a joke and an $LOLZ. (1/6)
0
0
0.000
Reply

Nice run down. The above is very possible. We have a very active invest friendly community so I wouldn't be completely shocked if Vouchers go to unjustifiable USD worth. To me a Voucher = A CL Pack and A CL Pack = $4 USD so that makes a Vouchers worth a max of $4 USD. If they reach the $4 USD mark there would be no point in purchasing them since one could simply decline the bonus packs and just pay the $4 direct for packs.

very good point! im such a moron I had 528 and dumped em last night at 2.10 hive woke up they are 2.39 hive Seems with splinterlands I find the right outcome but move onto the next step too quick because so many moving parts lol

I got another 60 or so that I will be selling before days end.

lolztoken.com
Don’t you hate it when someone answers their own questions?
I do.
Credit: marshmellowman
@forsakensushi, I sent you an $LOLZ on behalf of @rentmoney
Use the !LOL or !LOLZ command to share a joke and an $LOLZ. (1/4)
0
0
0.000
Reply

Hey @rentmoney, here is a little bit of BEER from @forsakensushi for you. Enjoy it!