How happy I was as a child. I used to spend my days laughing

How happy I was as a child. I used to spend my days laughing. How much more would I do? Many people go so far as to remember their childhood memories.

Most adults can't remember the first few years of life. It is impossible to remember when those memories were lost in the course of time. 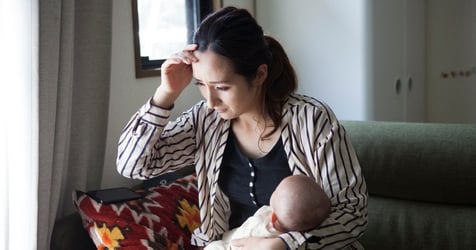 A team of researchers from Emory College of Arts and Sciences in Georgia, USA, studied the memory loss of 83 children. The research report is published in the science journal Memory.

Studies have shown that three-year-olds can better remember what happened a year ago. For seven years, those memories are remembered by 63 to 72 percent. After seven years, children tend to forget those memories, which increase with age. Researchers found that a child between the ages of eight and nine could recall only 35 percent of three-year memory. This is because, after the age of seven, the way human memory is formed starts to change. Telegraph.

Close your eyes and try to remember, do you think any memory is peeking? Maybe you remember last year's birthday or the funniest things to do on your last vacation?
More recent events are coming to mind, aren't they? Now try a little and see if you can remember the old memories. Perhaps the memories of the last four or five years will come back to haunt you. The previous memories will not come to mind. Listening to adults and looking at childhood photo albums may remind you of more. It's hard to think of more behind it.

Do you know why this is? Why can't we remember much earlier events? Especially when we are born and do not remember the next few years? Scientists call this phenomenon 'Childhood Amnesia'. Sigmund Freud first referred to it as "infantile amnesia", later spreading it as "childhood amnesia". 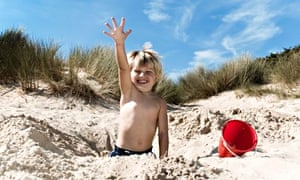 Freud claims that people subconsciously try to think of some part of the past as their own. In 1899, Freud made this theory by observing some of his patients. Even today, scientists have not been able to determine the exact cause of this childhood amnesia. For the past 20 years, scientists have abandoned research on adult brains and studied children's brains in order to accurately analyze children's memory. That research has also given rise to many new questions.

However, psychologists have discovered that children between the ages of three and six months have long-term memory. After the baby is born, his subconscious mind unknowingly holds the memory. Many physical and mental changes take place in the first year and the events of the three years do not hold any information, so people cannot remember the birth.

But why does this happen? And what are the changes in the first year of the baby? And if we can retain the memory of childhood, why can't we grow up? To know this we need to know the encoding of our brain in infancy.

In the human brain, connections need to be made between cells to retain memory. The connecting fibers are called synapses. The information stored in the cell is divided into different categories by our brain, which is called 'consolidation'. If you want to remember something, you have to remember those memories from time to time, so that the connections of Synapse get a chance to work again.

Various experiments have shown that children's memory encoding ability increases slowly, not by the age of three.

Because language has no past skills, part of our very childhood memories remain hidden from the subconscious mind. Researchers have found that if a child does not know the words needed to express an event when it happens, even if he learns those words later, he will not be able to describe those events properly. That is the essence of all scientific explanations. Since three years ago you did not have language skills. You forget everything without discussing it.

Besides, if parents discuss their memories with their children, for example, your parents may have taken you to the zoo when you learned to walk. If they tell you that story from time to time, you will see that you also remember a lot!

From this you can come to a simple conclusion, if you are afraid of forgetting something, you will discuss it a lot. Talk. Then don't forget them easily.