This is Hilarious: Erdogan Sends His Own Minister to Receive him Downstairs the Plane

This guy is all about show off and especially for his ignorant worshipers, this, however, made me laugh like I haven't in a very long time:

Turkish madman #Erdogan arrives at New York to address the #UNGA after months of being isolated, finds nobody to greet him on his arrival, he sends his own minister of foreign affairs to greet him at the plane's stairs, the minister was with him on the same flight! 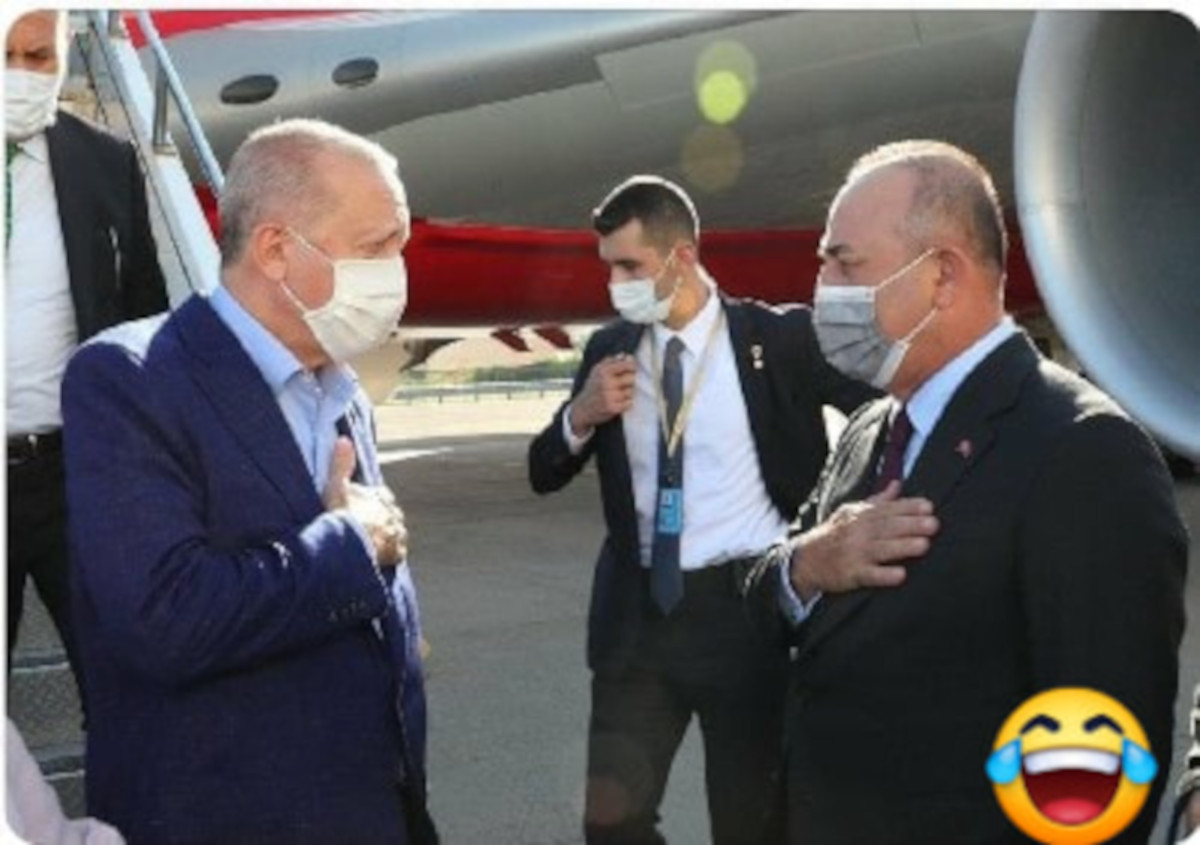 That's what happens when a low-level war criminal wants to become a sultan at all costs and nobody buys him.

This is the first time I laugh when I see a picture of this ugly person :)

The best way to call this freak is how New Syria and @arabisouri call him: 'the Turkish madman Erdogan'... I love it.